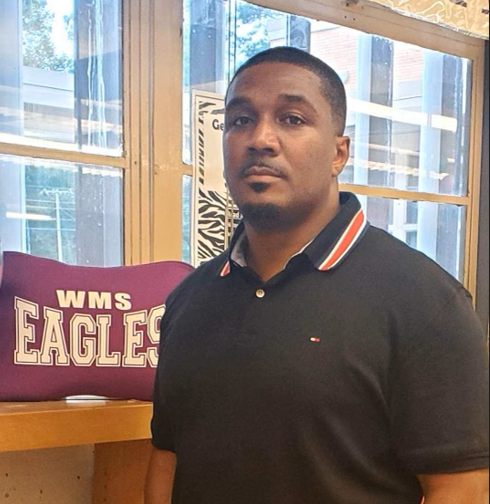 Mr. Stanfield is originally from a small suburb called Houston, MS. When he was 10 years old, his family migrated to Oxford, MS where he earned his high school diploma from Oxford School District. After much consideration, he decided to further his education at Mississippi College in Clinton, MS, where he received his B.S. in Physical Education.

In 2009, he started his career in education with the Jackson Public School District at Blackburn Laboratory Middle School. His love for sports led him to become the head Track and Field Coach and eventually Blackburn's Athletic Director. In 2012, he returned to Mississippi College to pursue a Master of Education degree in Educational Leadership.

Mr. Stanfield recently began his career in administration as a Mighty Mighty Whitten Eagle. He is eagar to serve the staff, students, their families, and community as the MTSS Coordinator and 6th grade administrator.

"Everything we do must be in the best interest of the student".