About the Principal, Dr. Chinelo Evans 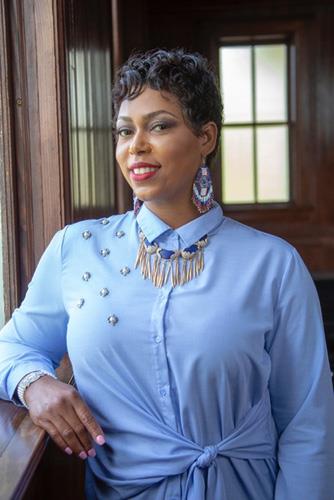 Dr. Evans believes that education is a priceless asset, which affords individuals access to opportunities for personal and collective success. She emphatically believes that it is her duty as a professional educator to empower faculty, staff members, students, parents, and community members to take ownership of the process of educating our citizens.

Dr. Evans is known as a motivator, an educator, a civic leader, an entrepreneur, a member of Alpha Kappa Alpha Sorority, Inc., and the mother of Dillan and Joshua Evans. She enjoys volunteering, reading, traveling, live music, spoken word poetry, and spending time with friends and family. She now serves as the inaugural principal of the Michelle Obama Early College High School Program at Tougaloo College. She is thankful for the blessing of serving the Jackson Public School District in this role and looks forward to helping to build an unparalleled learning community that is world class.

She has received recognition from community and district supporters for her innovative leadership style that has been displayed over her eighteen-year career. Dr. Evans has been named Middle School Principal of the year in both 2014 and 2015, a "Catalyst of Change" by the Women for Progress, "Young Gifted and Empowered Educator of the Year" by Savvy Life Magazine and the Arts Alive Foundation, and one of Mississippi’s "Top 50 Leading Business Women" for 2016 by the Mississippi Business Journal.

One of her most notable accomplishments was having served as Head Learner and Principal of Northwest Jackson International Baccalaureate World Middle School. It was under her leadership that the school was recognized as the number one ranked middle school in Mississippi from 2013 through 2015 and one of the top fifty best schools in the United States according to thebestschools.org.

She attributes her success to the favor of GOD, the support of the faculty and staff, family encouragement, and mentors. Dr. Evans believes that the work she does is a calling and that the most significant leaders strategically cultivate the leadership in those around them.